Nvidia has released a new chip to help expand its business among movie makers and other graphics professionals. The chip, named Turing, is an improvement in “ray tracing” or the ability to simulate how light bounces around in a visual scene. With this new chip, designers will be able to make changes in real time instead of having to wait while the chip churns through data.

“Turing is Nvidia’s most important innovation in computer graphics in more than a decade,” says Jensen Huang, founder and CEO of Nvidia.

How may we help you? 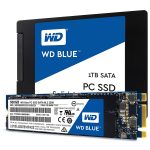